Description:
With the assassination of Martin Luther King Jr. in April 1968, students across the country staged sit-ins and challenged discriminatory practices in an attempt to create more minority representation on college campuses. Roger Pulliam, who witnessed the formation of the Martin Luther King, Jr. Student Scholars Academy at Western Michigan University, will give the 2019 Martin Luther King, Jr., Day Lecture at Luther College.

Pulliam's lecture, "A 50-year retrospective on Martin Luther King, Jr.'s impact on African American students' presence in higher education," is 7 p.m. Monday, Jan. 21, in Valders Hall of Science Room 206 on the Luther campus. It is open to the public with no charge for admission.

Details:
In the months following King's assassination, African American students staged movements to hire more faculty and administration of color, recruit more students from diverse backgrounds and create a more diverse curriculum. At Western Michigan University, where Pulliam served as the assistant to vice president for academic affairs from 1968-71, a group of students known as the Black Action Movement submitted a list of demands to the university president, challenging the college to increase racial minority student enrollment and faculty representation.

Along with the Black Action Movement, Pulliam became the founding director of Project 73, a grant-funded six-week summer program that provided academic services and scholarships to African-American first-year students hailing from southwestern Michigan high schools. It was later renamed the Martin Luther King., Jr. Program. Pulliam will share insights from his 50 years in higher education and how King's philosophy and vision led to one of the most transformative educational movements in U.S. history. He'll also discuss how King's legacy lives in today's college and university student population.

Since 2008, Pulliam has been the assistant vice chancellor emeritus for academic support services at the University of Wisconsin-Whitewater. From 1989-2008, he was the assistant vice chancellor. He was the director of advancement for academic support services at UW-Whitewater from 2008-12. He currently serves as the senior faculty adviser for the Office of the National Black Student Union. His 1973 Ph.D. dissertation on black student organizations in American high schools served as the template for the 1996-97 study of black student unions. That study led to the creation of the National Black Student Union in 1998. Most recently, he co-authored the 2016 review of black student unions.
Pulliam earned a Bachelor of Arts and Master of Arts, both in education, from the Western Michigan University. He received his Ph.D. in education from the University of Michigan in 1973.

Pulliam's lecture is a part of the 50-year commemoration of the 1968 founding of the Luther College Black Student Union by a group of students looking for a space where they were able to celebrate their culture, accomplishments and share in their struggles. The yearlong celebration of the 50th anniversary of this organization formally commenced during Luther's homecoming on the weekend of Oct. 26. It will continue with a yearlong calendar of lectures, speakers and other events to celebrate BSU's 50th anniversary. More information about these upcoming events is available at https://www.luther.edu/alumni/events/bsu/. 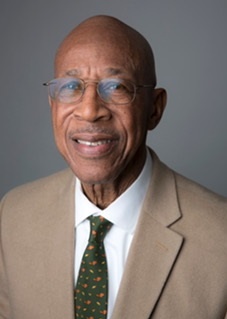