A Members-Only sneak-preview screening of Human Flow Thursday, Jan. 17, at T-Bock’s Upstairs, will kick off the season.
Event Date:
1/17/2019
Event Time:
Doors at 6:30 PM; Film begins at 7:00 PM
Location:
, IA
Details:
Members may renew or anyone may become a member at the door the night of the event, by mail prior to the event, or online at oneotafilmfestival.org/membership. There will be snacks and a cash bar.

About the filmmaker
Human Flow filmmaker Ai Weiwei was born in Beijing, China in 1957. Weiwei collaborated with Swiss architects Herzog & de Meuron as the artistic consultant on the Beijing National Stadium for the 2008 Summer Olympics.

As a political activist, he has been highly and openly critical of the Chinese Government's stance on democracy and human rights. He has investigated government corruption and cover-ups. In 2011, following his arrest he was held for three months without any official charges being filed; officials alluded to their allegations of "economic crimes.”

Since being allowed to leave China in 2015, he has been living in Berlin, Germany, with his family, working on installations, and traveling extensively. His work has received awards from film festivals and organizations around the world.

About the film
The film Human Flow is a beautifully filmed examination of our recent history.

More than 65 million people around the world have been forced from their homes to escape famine, climate change and war, the greatest displacement since World War II. Weiwei examines the staggering scale of the refugee crisis and its profoundly personal human impact.

Over the course of one year in 23 countries, Weiwei follows a chain of urgent human stories that stretch across the globe, including Afghanistan, France, Greece, Germany and Iraq.

The film will be shown at OFF X at Luther College in Valders Hall of Science on the weekend of March 7-9.

The showing of Human Flow is sponsored by the Decorah Rotary Club. 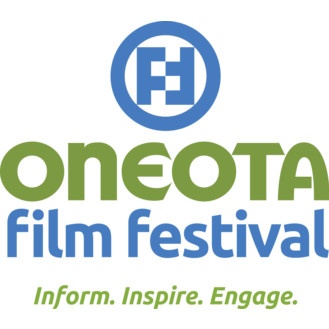