Description:
Teacher, educational activist, and founder of Freedom Writers Foundation, Erin Gruwell will speak at Luther College. The lecture is open to the public with no charge for admission. Gruwell will be available after the lecture for discussion and a book signing.
Event Date:
2/20/2019
Event Time:
7 p.m
Location:
Luther College
Valders Hall of Science Room 206
700 College Drive
Decorah, IA 52101

Contact Person:
Catherine
(phone: 563-387-1865)
Details:
Inspired by Anne Frank and Zlata Filipovic, who lived in war-torn Sarajevo, Gruwell fosters an educational philosophy that values and promotes diversity. She encourages her students to rethink rigid beliefs about themselves and others, reconsider their daily decisions and ultimately re-chart their own futures. Many of her students have overcome hardships such as teen pregnancy, drugs and violence to become aspiring college students, published writers and catalysts for change. They published a book "The Freedom Writers Diary," in homage to the civil rights activists, The Freedom Riders. The book is the basis for the 2007 film "Freedom Writers," in which Gruwell is played by Hilary Swank.

Gruwell and her students have appeared on several television shows including Oprah, Prime Time Live with Connie Chung, Barbara Walters' The View, and Good Morning America. They have also won dozens of awards, including the Spirit of Anne Frank Award.

There will be a screening of “Freedom Writers” in Valders Hall of Science Room 206 at 6:30 p.m. on Feb. 13. This event is also open to the public with no charge for admission. 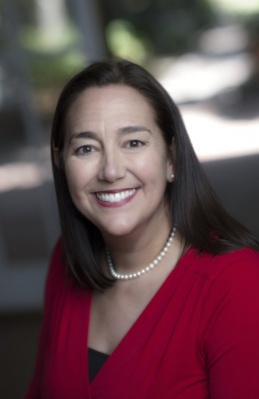