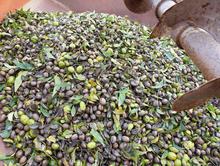 Thomas Jeffreys and his wife Ann migrated from England to the US in 1858 settling in Wisconsin, and then moving to California in 1863. They first lived in Marysville, but by 1870 had established a Blacksmith shop in the little town of Sycamore, just south of Colusa. In December of 1876, Thomas bought 340 acres in the Central Township. This was the beginning of our ranch.

In 1881 Thomas’s son William bought 243 acres adjacent to his father’s property. And settled there with his young wife, Julia.

Jeff’s daughter, Theresa Jeffreys Bright and her husband Don Bright became owners of this acreage in 2000. In 2006, 40 acres of pecans were planted with an additional 50 acres of pecans planted in 2008.

In 2011, after Don’s 34 year career with the USDA, Forest Service, Don and Theresa settled in at the ranch to bring you some of the best pecans and pecan products you will ever taste!


We look forward to providing quality pecans to our local communities.